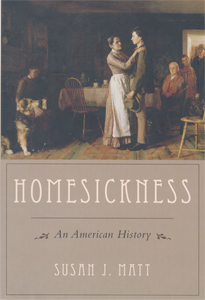 • An interview with Susan J. Matt, author of a new history of homesickness.

• Chris Gehrz on the troubled history of Dickens World (an amusement park that tries to recreate the mid-19th century London familiar from Dickens’ stories), and why such “living history” projects are still worthwhile, even inspiring.

• One historian of the Civil War on “the battlefield as classroom.”

• “Be mine” candy hearts on Valentine’s Day had Heather Cox Richardson wondering: did Civil War soldiers really carry an early version of Necco Wafers in their rations?

• French archeologists stumbled across a former trench on the Western Front where twenty-one German soldiers were buried alive. Said one scholar, “It’s a bit like Pompeii. Everything collapsed in seconds and is just the way it was at the time.” (H/T Sam Hallberg ’12)

• Historian Anthony Beevor on his interest in World War II and some of the best books written on that conflict. (H/T Cliopatria)

• The history of Zomia, a transnational borderland including parts of China, India, and Southeast Asia that is virtually free of control by any state.

• One British historian (angered by the “defunding of the humanities in UK universities“) takes a breath and asks what role history and historians ought to have in contemporary politics.

• In honor of our impending national celebration of Presidents’ Day (made your party plans yet?), The Fix, the political blog of the Washington Post, is inviting comments nominating “the most underrated president.” A few named so far: James Madison, James K. Polk, Harry S. Truman, and Bill Clinton.