This week: the Armenian genocide; Prohibition; the Olympics; Viking archeology; and the “least credible history book in print.”

• On the eve of the Summer Olympics, an ancient historian explains “how sports unites us with our past.” (And if you’re a teacher, here are some suggestions on how to explore the history of the modern Olympic games.)

• Found by Danish archeologists: the largest Viking city in Scandinavia, thought by some to be legendary. 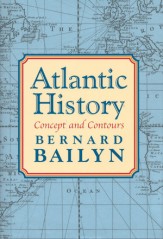 • The great Atlantic historian Bernard Bailyn introduces his field and five major books from it (two written or edited by him). (H/T John Fea)

• How the Civil War did and didn’t open the public sphere to American women.

• The winner and runner-up in a contest to determine “The Least Credible History Book in Print” couldn’t be further apart, politically.

• Praise for a new novel set during the Armenian Genocide that started in 1915. And a leading Turkish revisionist historian of that event editorialized against his government’s continuing denial of it.

• Check out clips from The Daughter of Dawn, a silent feature film made with a cast consisting solely of Comanche and Kiowa Indians. Once thought to be lost, a copy turned up a few years ago, was restored, and just had its first screening since 1920.

• New York’s Museum of Modern Art proclaims the 20th century the “Century of the Child,” in a new exhibition.

• An in-depth account of the mass killings that took place in Norway a year ago Sunday.