Crowdsourcing for the Smithsonian

Over the summer, the Smithsonian Institution announced an exciting new crowdsourcing initiative that might be of interest to our alumni and students: 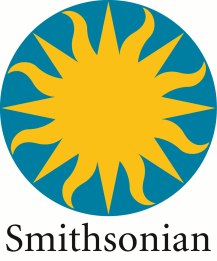 Many myths surround the Smithsonian Institution’s archives—from legends of underground facilities hidden beneath the National Mall to rumors of secret archaeological excavations. One underlying truth persists amid these fallacies: the Institution’s archives are indeed massive. Preserving these collections in a digital age is a gargantuan task, especially when it comes to handwritten documents. Ink fades with time, and individual scrawls sometimes resemble hieroglyphics. It could literally take decades.

The Smithsonian, instead, aims to shorten that timeframe with the help of anyone with an Internet connection…. they issued a called [sic] for volunteers to help decipher everything from handwritten specimen tags to the personal letters of iconic artists to early U.S. currency. “For years, the vast resources of the Smithsonian were powered by the pen; they can now be powered by the pixel,” Smithsonian Secretary Wayne Clough said in a statement.

Go to the Smithsonian’s Transcription Center if you’re interested in volunteering to transcribe diaries, letters, notebooks, and other primary sources. The projects associated with the National Museum of American History have already finished, but many others remain open, including several at the National Archives.

As the Smithsonian article noted, it’s following in the path of other leading archives, museums, and libraries, including the New York Public Library (which pioneered historical crowdsourcing, using 19th century restaurant menus — that project continues) and the UK National Archives (continuing to transcribe 1.5 million page of unit diaries from the First World War). We’ve written about crowdsourcing here, and here.