Prof. Magnuson is our resident expert on the subject, but as a Civil War buff, I had to take a couple hours out of my East Coast trip to visit the site of the single bloodiest day in American military history: the Antietam National Battlefield.

Two weeks after General Robert E. Lee’s Army of Northern Virginia crossed into Maryland in 1862, it met General George McClellan’s vastly larger Army of the Potomac near the village of Sharpsburg, along the banks of Antietam Creek. Combat began early on the morning of September 17th, near the church used by local German Baptists. By midday, the worst of the fighting turned a sunken road into “Bloody Lane,” with the Union forces suffering some 3,000 casualties in just over three hours, to 2,600 Confederate losses. 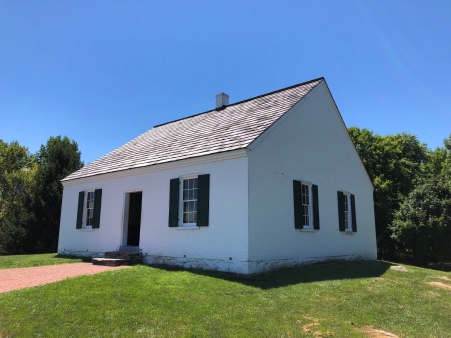 Known as the Dunkers for their mode of baptism, the German Baptists were pacifists 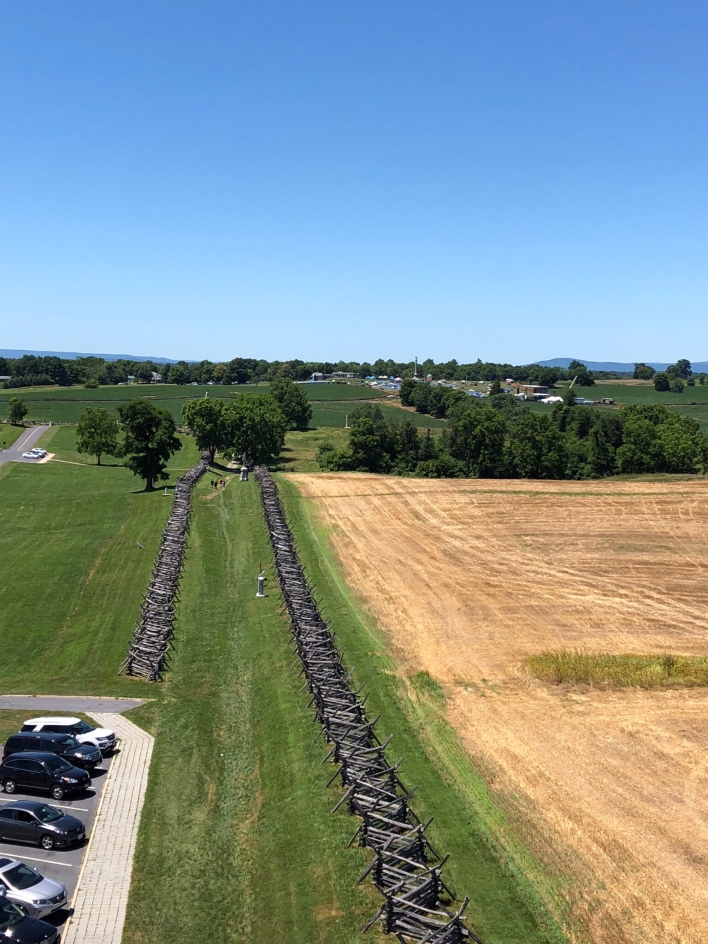 View of the sunken road from an observation post built years later by the U.S. Army. The National Park Service visitor center is in the distance.

By the end of the day, nearly 23,000 men had been killed, wounded, taken prisoner, or gone missing at Antietam. Among those buried at the nearby military cemetery are 10 members of the 1st Minnesota, which suffered far worse losses ten months later at Gettysburg. 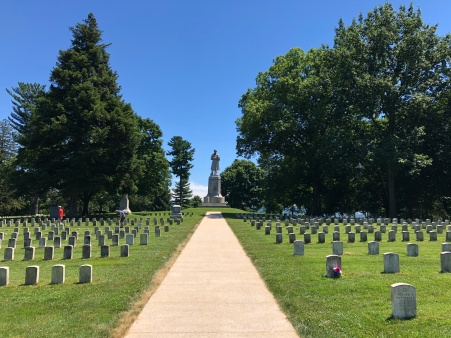 As in many battles of the Civil War, recent immigrants played a key role. Several Union unit memorials near Bloody Lane feature a clover leaf, including one honoring New York’s famous Irish Brigade, whose Catholic chaplain granted absolution from horseback as he rode along its lines. The same state’s 20th Regiment was called the Turner Rifles — for the German “Turner” (that is, gymnast) clubs that supplied most of its manpower. Its survivors dedicated a German-language memorial “to the memory of our fallen comrades.” 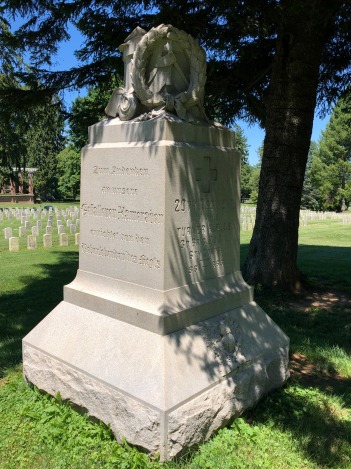 Thanks to late-arriving reinforcements from Harper’s Ferry, Lee’s army beat back the final Union assaults. But the Confederates were forced back into Virginia, and President Abraham Lincoln was emboldened to issue the Emancipation Proclamation several days later.