Course Previews: The Fog of War

Today’s Fall 2020 preview is a bit different: what’s below isn’t a History course, but Prof. Gehrz’s new section of an interdisciplinary gen ed course called Inquiry Seminar, in which a relatively small group of new Bethel students works with a professor to explore a topic and — through that inquiry — better understand the Christian liberal arts. Our faculty have contributed to the “IQ” program since it started in 2017: Prof. Gehrz taught a section that year on Christian unity in a polarized age; Prof. Kooistra has taught several times on genealogy and biography; and Prof. Berglund regularly offers an Inquiry Seminar section on animal ethics. This fall, Prof. Gehrz and students will survey a topic he teaches often in our department…

Prerequisites: none (but GES160 becomes a prerequisite for “L” options in gen ed, like my World War II and History and Politics of Sports classes)

COMPLETE THE SENTENCE: STUDENTS SHOULD CONSIDER TAKING THIS COURSE ____________.

…because the United States has been at war for most all their lives, yet most of our students have no direct experience of war, as fighting is left to a professional military and the government requires little sacrifice by other citizens. For the vast majority of Americans, what the Prussian military theorist Carl von Clausewitz called “the fog of war” has never been harder to see through.

…because, for our military and veteran students, none of what I just wrote is true. If they haven’t seen combat themselves, they know people who have — and they participate in other activities that make warfare possible. For them, this course is an important bridge between their personal experience as soldiers, sailors, marines, etc. and their studies as college students.

WHAT’S A BIG QUESTION THAT YOU’RE ASKING IN THIS COURSE?

While our specific topic is warfare, what really excites me about this class is the chance to move beyond my particular discipline as a historian and help students explore all sorts of other fields of study in the arts, humanities, and social and natural sciences. So the big question is this: How can the liberal arts help us to see war more clearly? Each week we’ll try to clear up the “The Fog of War” via a different academic discipline: The History of War, The Literature of War, The Psychology of War, The Economics of War, The Ethics of War, etc.

WHAT READING, FILM, OR OTHER SOURCE ARE YOU MOST EXCITED TO TEACH IN THIS COURSE? 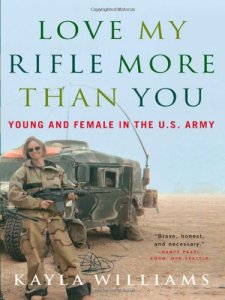 I’ve adopted a couple of common texts that we’ll read together early on: for our History of War section, the great military historian’s John Keegan’s landmark Face of Battle; for the Literature of War, we’ll pair poems from earlier and later conflicts with Minnesota native Samuel Hynes’ survey of soldiers’ writings about the two world wars and the Vietnam War. (You might remember Hynes from Ken Burns’ WWII documentary; he was a Marine pilot in the Pacific before going on to teach at Princeton.)

But I’m most excited for what students will do in our unit on The Gender Studies of War: they’ll each read and review a book by and/or about American women fighting in Iraq or Afghanistan, such as one of those recommended by Iraq War veteran and memoirist Kayla Williams.

WHICH HISTORICAL INDIVIDUAL OR GROUP ARE YOU MOST EXCITED FOR STUDENTS TO MEET IN THIS COURSE?

War bestows celebrity on some of its participants, and we’ll read some particularly famous accounts of warfare. But I’m most eager for students to encounter anonymous warriors, like those whose poetry has been published in the new In Love & War anthology. And I hope that — wherever they are coming from — students encounter at least one person whose interpretation of war challenges their own, like the Christian pacifists we’ll read (e.g., Leo Tolstoy) who test my own assumptions that war can be justified.